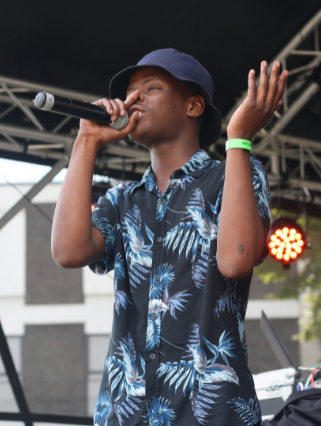 TJ was referred onto our Making It programme by Gloucestershire’s youth support team. Making It is our award-winning programme to support young offenders. He had a history of drug taking from an early age; always in and out of court, and now a final warning to avoid a custodial sentence due to recent involvement in county lines drug running.

As a young black male, TJ had lost trust in “the system” and many interventions had already failed. The agencies supporting TJ were clear that the Music Works was a last resort.

The shift for TJ came in stages.TJ said, disparagingly, early in session one: “It’s a condition that I come, so I’m here”.

By the end of the first session, he had a solid 2 minute track laid down. This early engagement is not an easy win. He hit it off with our music leader, Issachar, immediately, sharing a passion for hip hop and grime.; Issachar is a powerful role model for young black males, showing steady compassion from a position of authority, remaining calm and creating an environment that young people like TJ can thrive in and aspire to one day, lead from.

Through positive feedback, alongside recording, listening back, self reflection to improve the work, Issachar was able to persuade TJ that he had real potential and they sat down to discuss goals.

TJ wanted to put out an EP on Spotify; again, a declaration caveated with a sense of ‘it’ll never happen’. Yet Issachar was able to provide a keen focus to the real possibility. ‘We can get a 5 track EP done, sure, we just need to make a plan and check in each week with how we’re going with it.’

There were the usual, perhaps necessary, ups and downs of course, but by week 8 Issachar was confident that an EP was on the cards. TJ’s artists’ Instagram account had more than 10 short videos of various freestyle raps, written with Issachar, and back in the studio the foundations of 5 original tracks.

TJ never thought he would be able to record and by week 10 he had his EP.

However, he still thought he never would be able to perform. King’s Jam is our flagship hip hop and urban festival, attracting 2,500 people to Gloucester to see internationally recognised acts perform, and In 2019 TJ featured, for the first time, on the Kings Jam stage, giving the crowd the first taste of his infectiously rhythmic rap and charismatic delivery.  With his EP out on Spotify and an independent release of Mission on InnaCity UK, 2019 is a promising year where TJ is cementing himself as the rising star of Gloucester’s grime scene.

Since his Making It course, TJ has avoided any further involvement with criminality, been for many job interviews and recently took up his first employed role.

Check out TJ's EP on Spotify 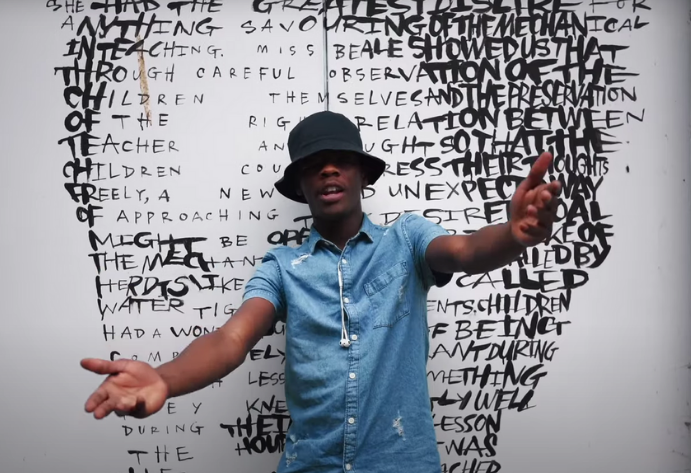 TJ knew he could rap brilliantly, but not ‘seriously’. Echoing something we hear from many young people we work with; when a genre or style of music isn’t taken seriously or platformed in by the mainstream, particularly the mainstream of music education., young people bare the scar of systemic prejudice which leads to a massive a lack of self esteem. They know they can do something really well, but they don’t consider it serious or worthwhile.

Check out TJ's EP on Spotify