Breaking Into The Industry

‘Breaking into the industry’ day, outcomes & The Music Works commitments

Gloucestershire charity The Music Works hosted an event with leading industry professionals to help young creatives get into the music industry.

On Thursday 11th November, The Music Works hosted an action-packed one-day event to help inspire young creatives who are looking to get into the music industry. With a line-up of panellists from leading organisations in the music business, the event saw talks from Ministry of Sound, Warner Chappell Music, Absolute Label Services and many more. Something that’s never been done before in the county, ‘Creative Industry Day: Breaking Into The Industry’ saw panels, keynotes, workshops, networking opportunities and live music all hosted at The Music Works’ brand new creative Hub in the centre of Gloucester.

The event was opened with a keynote speech from Malaki Patterson (Creative Director, The Music Works), outlining what the attendees could expect to hear and learn throughout the day. Introducing the charity’s intentions to build infrastructure to help young creatives flourish in Gloucestershire, this set the tone for the discourse that would take place throughout the day. The already packed-out room was then treated to a pre-recorded speech from Guy Moot (CEO, Warner Chappell Music), who was born in Cheltenham but found himself having to move to London at the age of 18 in search of more opportunities to work in the music industry. Guy Moot endorsed The Music Works for giving young creatives the chance to learn new skills and step into the industry. 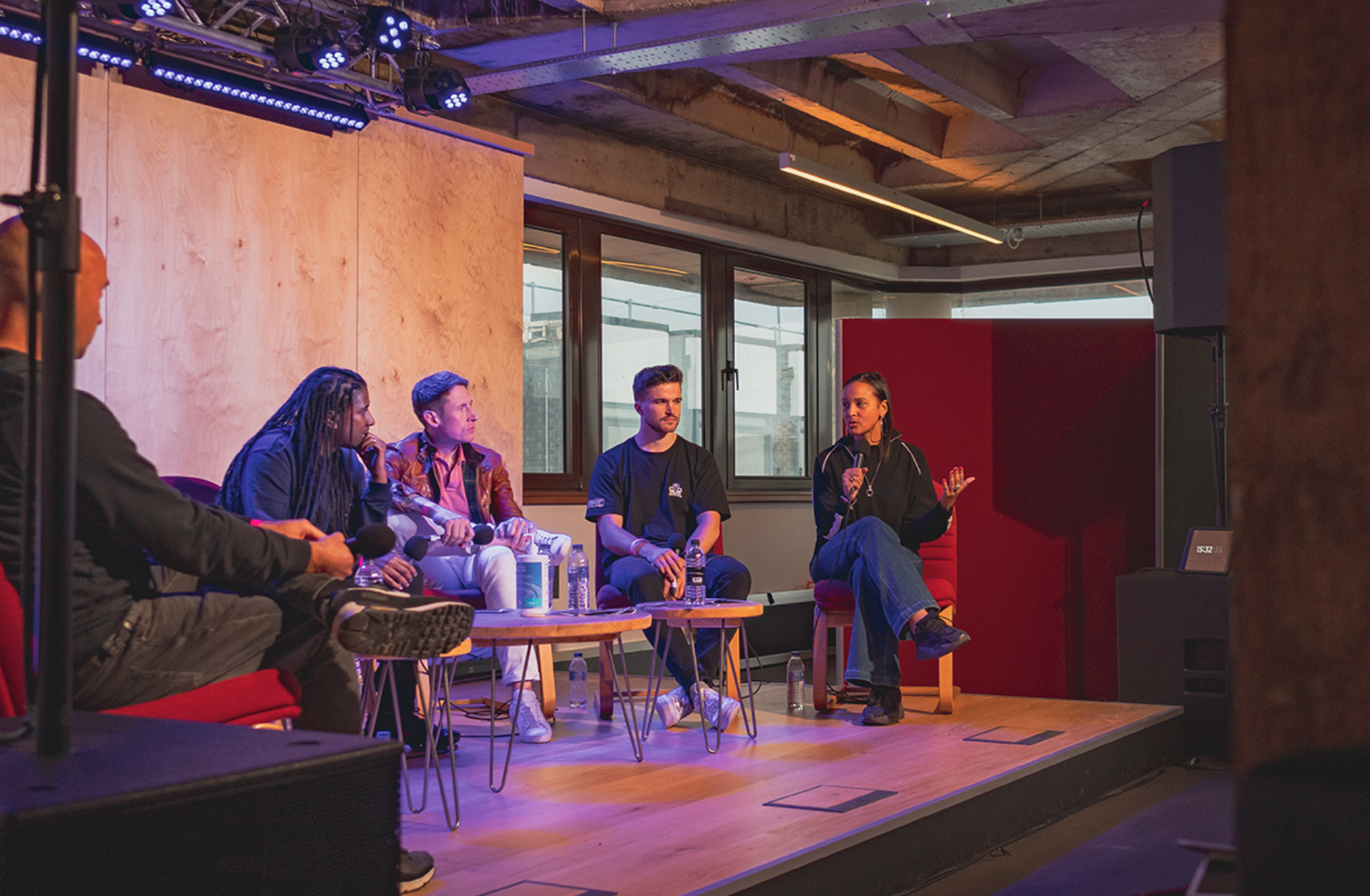 Malaki Patterson then spoke to alumni from The Music Works’ artist development programme UPSURGE. Conal Kelly, Grove and Griz-O all gave testimonials about how the programme had given them the opportunity to develop their craft with like-minded people, and encouraged the audience to promote diversity around the local music scene.

The first panel of the day ‘Breaking into the Industry’ was hosted by Matt Jagger, who spoke with Amber Davis (Head of A&R, Warner Chappell Music), Mark Dowling (Director, Absolute Label Services), Chris Brown (Partner, Sheridans), Hannah Shogbola (Booking Agent, United Talent Agency) and Guy McNamara (A&R, Ministry of Sound/Sony Music). The line-up of music industry titans spoke candidly about the different barriers that budding musicians may experience when trying to break into the industry. They encouraged young artists to focus on honing the foundations of their craft, and to not underestimate the importance of developing their brand profile.

Matt Jagger also hosted the second panel ‘Building Your Profile’, which focused more on the business side of the industry. Cat Cook (Marketing Product Manager, Defected Records), Laura Hand (Senior Marketing Manager, Sony Music), Mark Dowling (Director, Absolute Label Services), Susie Woodbridge (A&R Coordinator, Warner Chappell Music) and Hannah Shogbola (Booking Agent, United Talent Agency) all took to the stage to share some of their insights into music marketing techniques. Mark Dowling revealed the importance of choosing which social media platform works best for you, whilst Susie Woodbridge indicated that the most successful artists have a content strategy. As the event host Jamil Foster opened up the floor to audience questions, the panel speculated about the future of the music industry, whilst reminding attendees that quality of music should always be a priority for artists. 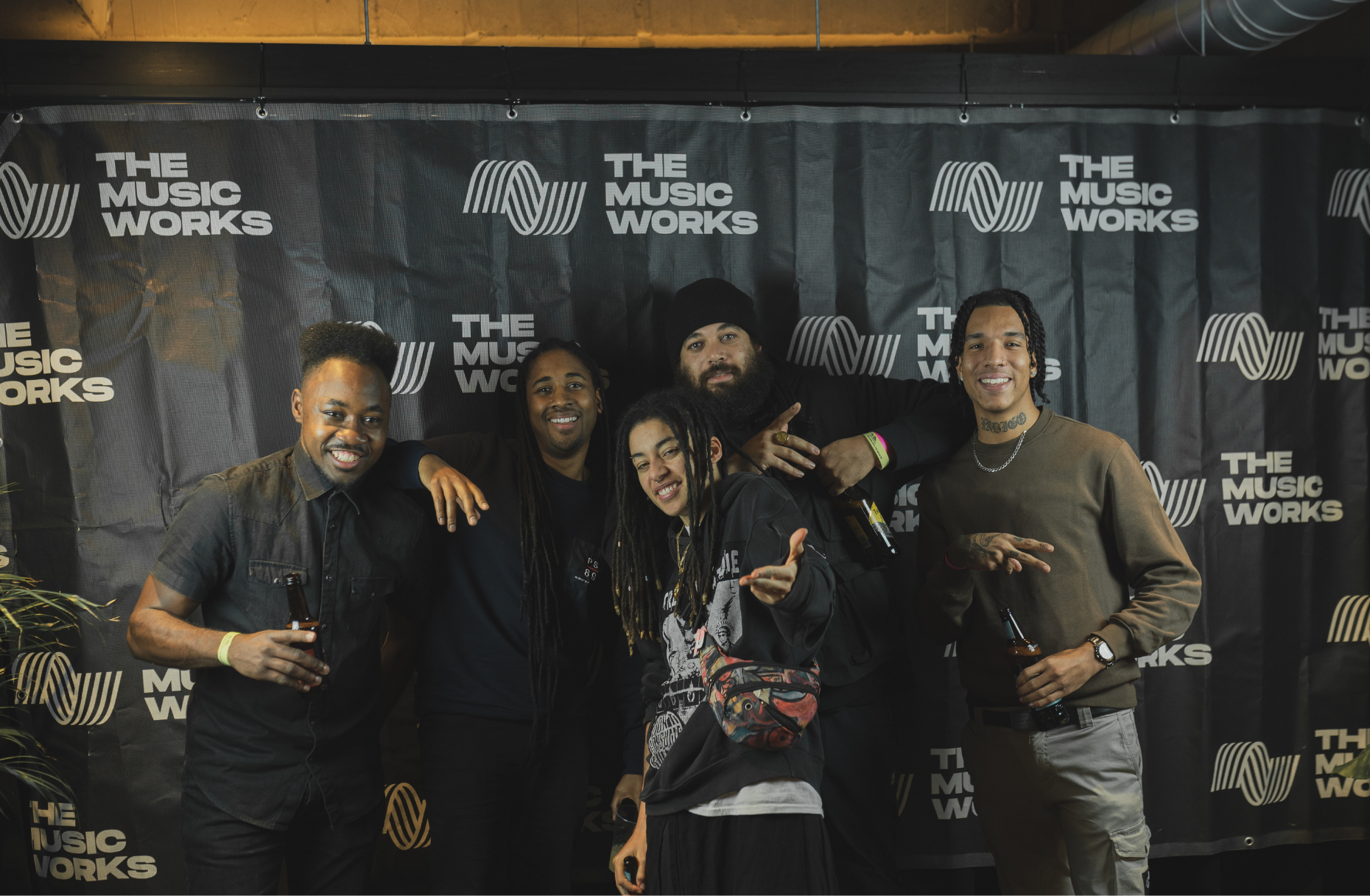 As the day progressed, the audience listened eagerly to the third panel ‘Creating a Career in Music’. Host Dread MC (My Nu Leng) spoke with Richard Adlam (Music Producer – Pop Smoke, Teyana Taylor, AJ Tracey), Edward J. Nixon (Mix Engineer – Rick Ross, Drake, Mary J.Blige), Grove (Artist – Mod Records, Earth Agency), Grace Grundy (Artist – AllPoints/Believe), Guy McNamara (A&R, Ministry of Sound/Sony Music) and Amber Davis (Head of A&R, Warner Chappell Music). The group of industry experts discussed the national music scene following the pandemic, noting that location is much more flexible in today’s industry. This is promising for the Gloucestershire music scene, as it is more common for talent to be retained in the area due to the rise in remote working; Richard Adlam discussed his home studio set up and Edward J. Nixon spoke about returning to Gloucestershire after being based in the USA. In addition to endorsing the local music community, the panelists highlighted the importance of collaboration, with Grace Grundy describing music as a “team sport”.

The final panel of the day, also hosted by Dread MC, saw Gloucestershire’s leading music industry professionals address the question “What Are Your Next Steps?”. The conversation was held between Matthew Lovett (Head of Music, University of Gloucestershire), Malaki Patterson (Creative Director, The Music Works), Rider Shafique (Vocalist/Artist), Grace Grundy (Artist/Singer-songwriter), Grove (Artist – Mod Records, Earth Agency) and Jim Lockey (Events & Marketing Officer, Gloucester Guildhall). Speaking more specifically about the locality, the forward-thinking panelists discussed opportunities that young people may find in the area and how their organisations are working to cultivate a more dynamic music scene in Gloucestershire. Multi-talented artist Grove reflected on the countless Gloucester open mic nights they partook in to kickstart their career, imparting that it takes a lot “chipping away” to break into the industry.

Attendees were then treated to a speech from Edward J. Nixon, mix engineer for some of the biggest artists in the world. Reflecting candidly about his own journey into the music industry, the musical mastermind revealed that he’d had to move to the USA in order to chase the career he dreamed of, having to leave loved ones behind and endure periods of homelessness. A little choked up, the GRAMMY® Award winning engineer expressed his joy that through organisations such as The Music Works, young people in Gloucestershire now have more opportunities to get into the music industry locally. 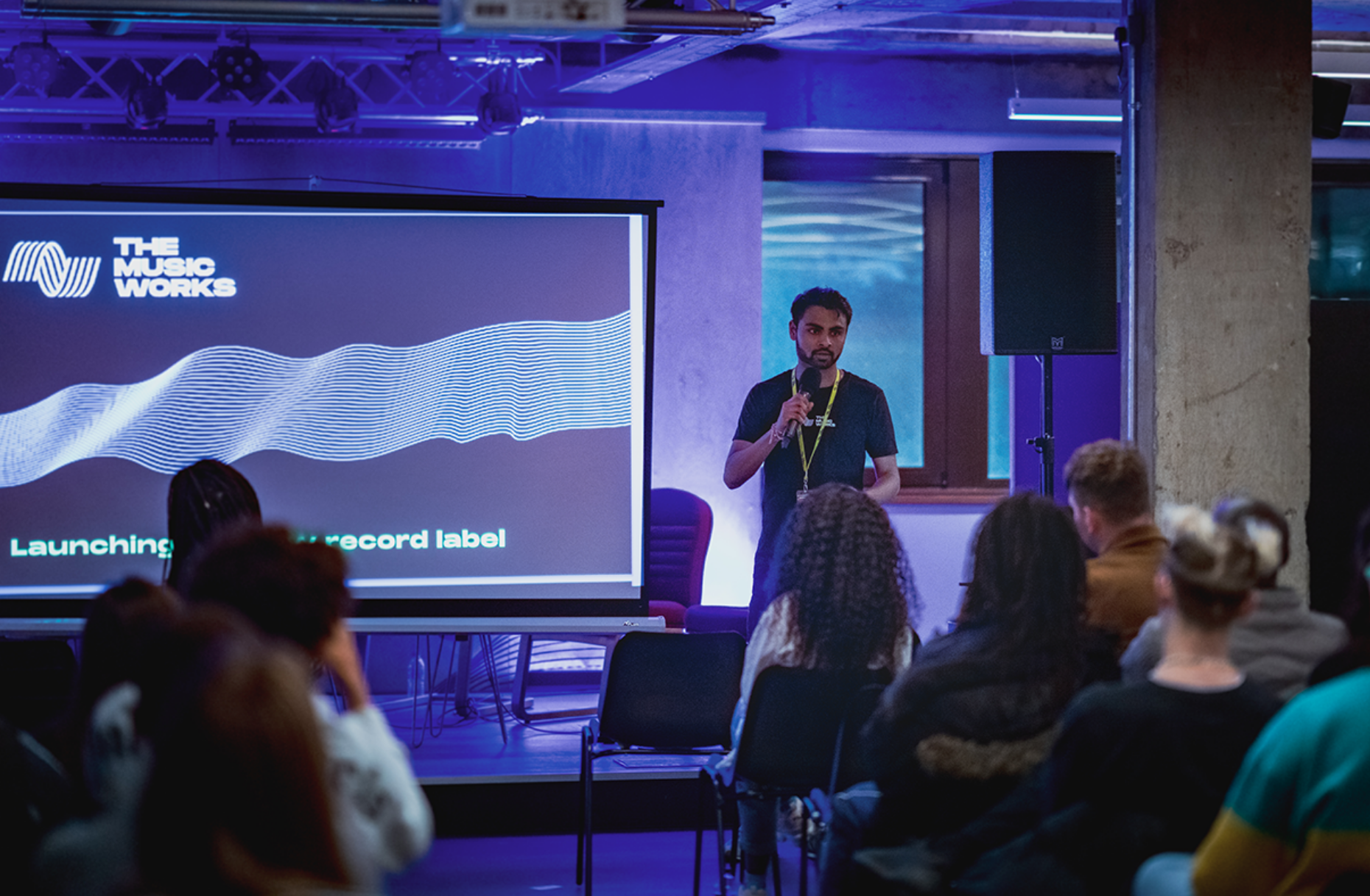 Rounding off the day was a speech from Shivan Mistry (Studio Engineer, The Music Works), who reflected on the insightful discussions that had taken place throughout the day and announced the launch of The Music Works’ record label Onatura. Working in partnership with Absolute Label Services, this new venture seeks to support upcoming musicians from a variety of genres. Although Onatura stands in its own avenue, the not-for-profit label shares common goals with The Music Works’, including to help generate progression routes for young creatives and develop infrastructure to help retain talent within Gloucestershire.

Throughout the day, there were opportunities for attendees to have direct discussions with leading industry professionals during studio tours, workshops and a networking event featuring live music from DJ Cage. The event ended having offered aspiring musicians and creatives an abundance of crucial advice on how to get their foot in the door. As contact details were exchanged and The Hub transformed into a dancefloor, both industry experts and attendees alike were looking towards a future which sees a culture of community and collaboration taking place in the Gloucestershire music scene and beyond.

We know that currently there are more creative opportunities in larger cities and most of the music industry operates in London. However, The Music Works are committed to providing progression routes and high quality opportunities locally in Gloucestershire that can provide industry experience through their talent development programmes, events and record label (@onaturarecords)

The Music Works commit to: